Have you ever had your life mapped out, and then things didn’t go according to plan? But in the end, “Plan B” turned out so much better? That’s what happened with me… and it all started with a high school mission trip.

A Heart for Missions

Throughout life, I haven’t always easily embraced God’s plans for me. A perfect example is from high school. As a cautious germophobe, I enjoyed the comforts of home. But during this time, I took my first overseas mission trip to Managua, Nicaragua. Despite my insecurities and usual self-focus, God began to soften my heart. For the first time, I saw real poverty and desperation, and I knew from that point on that missions would be a part of my future.

For college, I attended the University of Florida and majored in Microbiology. During my fourth year, I wavered between pursuing a medical degree versus attending Physician Assistant (PA) school. When the decision wasn’t clear even after graduation and much prayer, I sensed God leading me to take a year off. This break in my education was a challenge, but God used it to confirm my decision to become a PA. And during that year, I returned to Nicaragua for a medical mission trip, accompanied by two of my best girlfriends.

The Trip that Changed Everything

Filled with a great deal of enthusiasm, but not a great deal of medical knowledge, I helped in the makeshift clinics wherever I could. Since entire villages would show up to be seen by the doctors, we served hundreds of patients per day. I assisted with patient registration, supply organization, and ushering the patients from the waiting room to the doctors. “Dr. Rob,” a volunteer from Chicago, caught my attention with his love for the Lord, hard work, and sense of humor.

My two girlfriends often teased me about Dr. Rob and proclaimed that in their estimation, he was a good catch. On the last night of the trip, Dr. Rob mentioned he was flying through South Florida (where I was currently living with my family) on his way back to Chicago. After a fair amount of peer-pressure and an uncharacteristic moment of boldness on my end, I casually suggested that we get together for dinner as he was passing through.

This request was way out of my comfort zone. I had never asked a guy out on a date before! But Rob agreed, and we exchanged numbers—with my girlfriends high-fiving and jumping up and down in the distance.

A few days later, back in South Florida, I prepared for the date like any sensible woman. Rob had only seen me sweating it out in scrubs with minimal makeup, so I selected a new outfit at the mall, put on my cutest and most terribly uncomfortable high heels, and even had my sister help me with my hair to create an “effortless” look.

When I opened the front door to welcome Rob, my heart sank. There he was, looking like he had just emerged from a shipwreck—or maybe just a full day at the beach. Dressed in a T-shirt, swim trunks, and flip-flops, he smelled like sunscreen and sweat.

He had been at the beach, he explained, and then asked to use my bathroom. After a few minutes, he emerged with a collared shirt and shorts that were thankfully not water-soaked and covered in sand. Despite a rocky start (in my view, at least), we had a five-hour date filled with fun, laughter, and great conversation. That evening was the start of our long-distance relationship.

A few months later, my mom told me a remarkable story. She said that when I was in Nicaragua, God woke her up in the middle of night and whispered into her heart, “Pray, because Nicole is meeting her husband.” And I was! Rob and I were married two years later.

Little did I know that a short-term mission trip or my decision to ask a guy out for the first time would lead to marriage. But God knew! I found out later that the only reason Rob went on the trip was because he had recently been turned down from a highly desired job opportunity. He decided to go on the medical mission trip as an initially disappointing “Plan B.”

To the outside world, meeting Rob in Nicaragua may have seemed like a mere coincidence. However, this was no accident; it was God’s providence. Neither of us were serving the people in Nicaragua as our first choice but rather as a back-up plan. Now looking back, I know Rob and I were fulfilling our callings separately in such a way that ultimately has made us a team for His glory.

I don’t want this to sound like Rob and I did everything perfectly and then God allowed us to meet. Despite our shortcomings and missteps, God’s grace was and is sufficient (2 Cor. 12:9). I share this story because through it, I learned to trust more fully in the sovereignty of God.

I didn’t initially plan on taking a year off of school, but without it, I would have not been on the Nicaragua trip. If Rob had received the job offer he wanted, he wouldn’t have been there either. If my girlfriends didn’t encourage me to pursue Rob, I wouldn’t have mustered up enough courage on my own to ask him out. While Rob and I prepared to help sick people over a one-week period, God changed the trajectory of our lives.

While two strangers planned in their hearts, God established our steps so that our paths crossed according to His perfect timetable (Prov. 16:9). Even when it seemed God was running late, His timing was and is always perfect (Eccl. 3:1; Lam. 3:25–26; Gal. 4:4). Through meeting Rob, I learned that God is sovereign, but also that since He is “before all things” (Col. 1:17), only His plans and not mine stand firm forever (Ps. 33:11).

Whether you’re waiting for God to bring your husband or to provide something else, I encourage you to release your desires and plans over to God with an open hand. If you’re in the space between your heart’s desire offered in prayer to God and His answer, be assured that He is at work in the midst of the waiting (Ps. 27:13–14). The truth is that He won’t withhold any good thing from those who seek, inquire, and are walking with Him (Ps. 34:10, 84:11). As you delight in God and His Word, He will give you those desires or He may just change your desires so they conform more fully to His (Ps. 37:4).

You might feel disappointed that “Plan A” didn’t work out, but as you surrender all your ideas to the Master Planner, you can rest in His all-knowing and wise plans that flow from His never-ending love for you (Job 37:23; Lam. 3:22). Those plans may look much different than you hoped, but you can trust God to work all things together for your good (Rom. 8:28).

Paul said in Romans 8:32, “He who did not spare his own Son but gave him up for us all, how will he not also with him graciously give us all things?” If God loved you so much to send His only Son to die for you, you can trust the gifts He gives—and also the ones He chooses to hold back. God loves you too much to withhold anything that is for your good, but His love also protects you from those things you may want but will ultimately bring you harm. As Jesus said, “If you then, who are evil, know how to give good gifts to your children, how much more will your Father who is in heaven give good things to those who ask him!” (Matt. 7:11).

Sisters, we can all rejoice today because God is sovereign. His timing is perfect. His plans stand firm forever. He doesn’t withhold any good thing from us. And He answers prayer. We can be filled with peace because, unlike our limited human minds, God can never come up with a bad idea or plan.

No matter your stage or season of life, God may just have a surprise waiting for you today to show you that He is in control and He loves you so much. 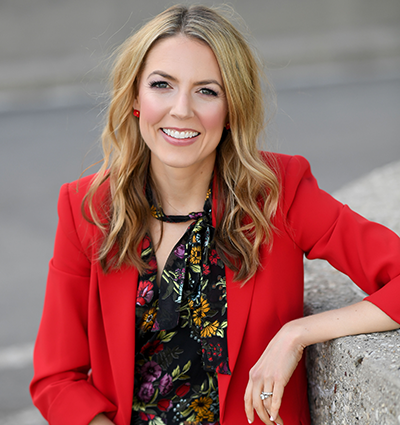 I'm a city mom who loves Jesus and teaching others about Him through speaking and writing. If you need encouragement or inspiration in your walk with God, you will find it here. Let’s discover together the joy that comes through in-depth Bible study and allowing God’s word to transform our hearts and lives one day and one verse at a time! 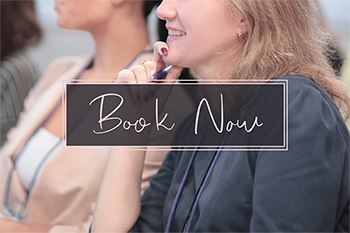 Stay Up to Date!

Subscribe below for blog updates! As a bonus, you'll receive A Guide for Praying Impossible Prayers!

Our first Thanksgiving in our new South Florida ho

What a gift these sisters are to me! They love me

It’s Rob’s birthday 🥳💙I got the boys mat

Praying friends, check out my latest blog post for